Launched in 2007, Galliant Advisors LP (“Galliant”) is led by two Montrealers who have turned their passion for investing into a highly successful investment management firm. From meeting as kids, to attending McGill University together, Ken Koby and Ian Shaffer have been best friends for a very long time.

A Bit of History

At 24, Mr. Shaffer moved from Montreal to Chicago to work in corporate finance at a major investment bank, ABN AMRO. “I enhanced my skills for finance, by learning how to model in Excel and read financial statements,” recalls Galliant’s President & CEO. He also began to trade on his own during the dot-com bubble. “It was a great time to learn about investing, and I walked away from that experience thinking that I needed the finance theory to complement the practical experience that I had gained. MIT Sloan was the best school for combining finance and technology – two passions of mine.” As the President of MIT Sloan’s Finance Club and Portfolio Manager for the MIT Sloan investment fund, Mr. Shaffer gained exposure to all the top Wall Street firms. Upon graduation, he moved back to Montreal to launch Galliant with $5 million of assets under management.

As for Mr. Koby, he took part in stock market competitions at a young age, and always dreamed of investing his own assets. “I always pictured myself being a doctor or lawyer, and then sitting in my office once I was retired and managing my own money,” says Galliant’s Vice President. He also remembers when he and Mr. Shaffer opened a joint brokerage account at TD Green Line as teenagers with only $200 to invest and they put it all into the stock of Ben & Jerry’s, which had just opened its first store in Montreal. “The ticker was BJICA, and this was in the 90s, so we would call in for quotes using a touch-tone phone, and stocks were traded in eighths back then,” Mr. Koby explains. “We bought shares and eventually Ben & Jerry’s was acquired by Unilever, so our first trade was a good one.” Mr. Koby planned to travel after graduating from university, so he earned money by working with his father’s broker during the school year. When he returned home, Mr. Koby was offered a full-time position at the firm and worked as an Investment Advisor for over 12 years, and then another two years in portfolio management at a Canadian asset management firm.

As Galliant was launching, Mr. Shaffer focused first on raising money for the new firm’s working capital. “We wanted to raise $1 million for our holding company so Galliant had survivability and at least two years of expenses fully paid, in case of a worst-case scenario… like the Coronavirus,” Mr. Shaffer mentions. Once the firm was well-capitalized, the focus shifted to the August 2007 launch of the firm’s first investment product, its flagship hedge fund, the Galliant Equity Long/Short (GELS) Fund.

Mr. Koby joined Galliant in 2011 with roughly $5 million of RRSP and TFSA assets. “Ken’s initial capital was not eligible to be invested in the Fund as they were registered assets, so we expanded our offerings with a long-only product to compete with the brokers, as most high-net-worth individuals had brokerage accounts,” Mr. Shaffer recalls. “Ken and I met with all of the broker-dealers and made an agreement with the National Bank Correspondent Network (now the National Bank Independent Network) to act as the Custodian for our long-only Managed Accounts business.” It has become Galliant’s key driver for growth, helping the firm reach its current $350MM in assets under management. In addition, they established the Galliant Market Neutral (GMN) Fund, following extended due diligence and after securing a sizeable allocation from the QEMP program, whose investors include large Quebec-based institutions and pension funds. “This helped institutionalize our business and provided additional credibility to our firm, as well as enabled us to cross our T’s and dot our I’s in terms of Compliance, and Policies and Procedures,” Mr. Koby says. The added resources also helped the firm increase its growth trajectory.

The Secret of Galliant’s Success

Passion and performance are differentiating factors when it comes to an emerging portfolio manager’s success in its industry. “I can talk about stocks all day,” Mr. Shaffer notes. “You must be passionate about what you do in order to do the necessary analysis and detective work to uncover really interesting investment ideas. And not the ones that everyone has talked about on TV, because once they’re out there, it is usually too late.” Galliant has differentiated itself by having a repeatable investment process and strategies that have proven to be successful over its history. “Whether it was in 2008 during the financial crisis or preserving capital throughout the pandemic last spring, we have an edge that has paid off over time,” Mr. Shaffer adds.

And in such a dynamic world, filled with endless information and unexpected events making the market so volatile, Galliant opts for a proactive rather than a reactive approach. Developing a watchlist of vetted stocks that are ready to be purchased when prices drop sharply provides Galliant with a competitive advantage. “Our weekends and nights are spent reading transcripts, reviewing financial models, as well as pitches from our team of Investment Analysts. It is reading, reading, and constantly learning,” Mr. Koby describes. “We are not scared by a market decline, but rather we are opportunistic because it enables us to buy fantastic companies at great prices.” The firm’s investment strategy is company-specific, or a ‘bottom-up’ approach. Galliant selects companies based on an investment thesis that combines fundamental analysis with a qualitative story or event (i.e., the reason a stock price should increase). The firm will not hesitate to sell a stock should the story change, but prefers to own its core holdings for the long term, as Mr. Shaffer believes that the universe of truly great securities is quite small.

The Galliant team knows how to act during a selloff, seizing investment opportunities amid moments of extreme volatility. “Reading a conference call transcript to see why a stock like Amazon is down due to the extra costs related to COVID-19, while its sales growth is the best it has been in over a decade, you know you are getting a great deal with a company that is simply doing everything it can to support its employees,” Mr. Shaffer recounts.

Another challenge is managing client expectations. “We have a saying at Galliant: markets are inefficient in the short-term, but efficient in the long-term,” Mr. Koby says. Investors may be easily swayed by negative headlines, such as those related to pandemics or elections, but the firm focuses on the fact that markets are forward-looking. Everyone knows that the goal is to buy-low and sell-high, but human nature can make it difficult for individual investors to put that into practice. That is why Galliant tries to help its clients stay calm during unstable times, and teaches them not to panic during pullbacks, but to stay the course, and even add capital and buy on dips. Its investment calls have typically been correct over time.

Plans for the Future

Galliant’s growth has been built mostly on client referrals based on its impressive track record, but Mr. Shaffer believes that now is the right time to reach out to Funds of Funds, family offices and other institutions in order to share its story, strong performance and differentiated investment approach. “It is time to educate the public about who we are and how we are different,” Mr. Shaffer says. The firm also wrote a column for an extended period of time in the Montreal Gazette, called ‘The Stock Picks’ column, and Mr. Shaffer has appeared regularly on television’s BNN Bloomberg as a commentator, sharing ideas such as his prediction that Amazon’s share price would rise from $150, when he first appeared on the network, to $600 and beyond. Amazon’s shares recently traded at approximately $3,200.

Galliant’s team is now comprised of 13 people and the firm has recently surpassed the $350MM mark in assets under management, with its sights set on reaching $500MM and growing to $1 billion in the medium term. “At Galliant, we invest alongside our clients, and Ken, myself, and our families have a lot of our own money invested in our products, so our interests are always aligned with our clients’,” Mr. Shaffer says.

For more information on Galliant

To see the member’s file. 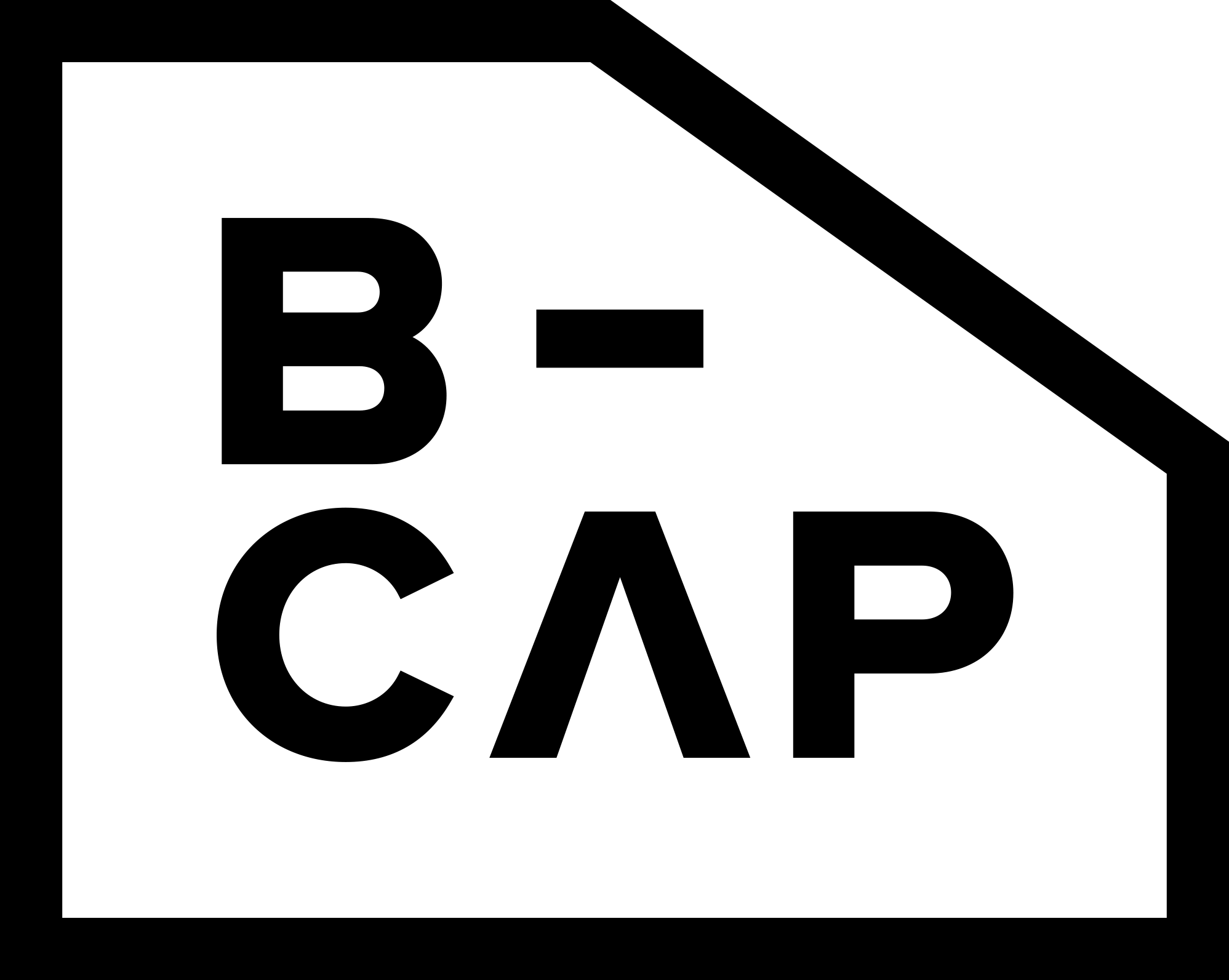