Launched in 2013 by Marc Rivet, co-CEO and CCO, and Gabriel Cefaloni, co-CEO and CIO, Nymbus Capital (Nymbus) has been providing customized multi-asset solutions leveraging a broad range of asset classes to institutional investors, financial intermediaries and private wealth clients primarily based in North America and Europe.

As an emerging portfolio manager, the firm has a particularly innovative vision. “Smaller portfolio managers are more nimble, so they can adapt to ever-changing markets and integrate technological developments into their investment process more quickly,” Mr. Cefaloni says. In fact, this vision has guided the evolution of the firm, which advocates investment innovation combining technology, data and finance. “Nymbus brings together a team of experts who believe scientific method is the best way to tackle investing, backing up their ideas with information and optimizing them through iteration.”

In a world where modern technologies enable new players to transform various industries led by more established companies, emerging firms with advanced technological expertise can compete and even outperform larger competitors with bigger teams, among other things. In 2019 and 2020, Nymbus’ strong performance in traditional and alternative fixed income strategies earned it a spot among the fastest-growing managers in Canada. With this momentum, late last year the firm completed the strategic acquisition of Landry Portfolio Management (Landry), as well as Perseus Capital’s assets and integrating the latter’s team to Nymbus’.

Landry, founded 20 years ago by Jean-Luc Landry, a renowned Québec economist, is a firm specializing in quantitative equity management. It is therefore complementary to Nymbus, which focused specifically on bonds and alternative investments. “Our quantitative investment approach, or what we call an investment engineering approach, was the common thread between our two companies and now allows us to offer more comprehensive services to our clients,” Cefaloni explains. Mr. Landry now acts as a mentor and strategic advisor in his role as Vice Chairman of the growing firm’s board of directors.

The acquisition of Perseus Capital’s operations, for its part, helps optimize Nymbus’ alternative portfolios by adding a systematic macroeconomic perspective to asset allocation. Founded by Jean Turmel, former President of National Bank Financial and Chairman of the Board for one of Canada’s largest pension funds, Perseus acted as an angel investor in the early days of Nymbus. Mr. Turmel remains a Nymbus shareholder and will now serve as the firm’s Chairman of the Board. The transaction also allows Nymbus to benefit from the expertise of Mathieu Poulin-Brière, Partner and Vice-President, Financial Engineering.

As Nymbus continues the operational integration of its new elements, client reaction has already been very positive and the two founding partners are proud to continue the tradition established by these successful Québec firms. “There hasn’t been a lot of movement in Montreal or anywhere else in Québec in the last 20 years in terms of mergers and acquisitions, and it’s a novel initiative to team up in this way to maximize our growth and promote local investment at the same time,” Mr. Cefaloni notes. With the goal of becoming a next generation investment firm in Québec, the three local firms are already approaching the $500 million mark in assets under management (AUM).

The firm has always relied on an advanced scientific approach that combines big data with distributed computing and artificial intelligence, while leveraging human adaptability. For Nymbus’ founders, it was clear that the company’s competitive edge would come from the rapid technological evolution of recent years. “There are billions of data points available today from financial markets around the world,” Cefaloni says. “To ensure a comprehensive analysis of it all, of course we needed the help of machines.”

As the CIO of a quantitative firm (quant), Cefaloni also brings the company required investment and applied mathematics knowledge to refine the methods used by Nymbus. “We affectionately call him the geek of the family,” Rivet mentions. “In addition to recognizing an exciting business opportunity in the quantitative analysis of an ocean of financial data, it’s simply in his DNA to want to systematize everything.”

As for Mr. Rivet, he has an extensive track record in fixed income, an asset class that both partners believe is highly conducive to developing a quantitative approach. In addition to being a serial entrepreneur, he has held various market-making positions at the National Bank of Canada and worked as an independent trader for nearly 15 years on the floor of the Montréal Exchange.

The Nymbus team has developed and tested its own algorithms, leveraging these key skills and the power of a network of tens of thousands of processors to analyze data and perform calculations at lightning speed. Fixed income and alternative investment strategies have emerged from these cloud-based models, giving Nymbus its name, which is inspired by the Latin roots of the word cloud.

The market downturn associated with the COVID-19 pandemic gave the firm an opportunity to conduct an unprecedented stress test of its strategies and approach, where machines work hand-in-hand with the investment team. “This was the best test we could use to challenge our strategies since the algorithms had never been put through such a situation,” Rivet says. “And this test went very well, demonstrating very significant added value compared to our competitors and what has been happening in the markets.”

Nymbus secured its first institutional fixed income mandate through the Québec Emerging Managers Program (QEMP). This support from QEMP allowed the firm to showcase its strategies and provide Québec institutions with their track record of being a top-percentile Canadian fixed income[MP1]  manager since the mandate was launched. “QEMP is like a passport to institutional clients and has been an incredible partner for our firm, helping to organically grow our AUM from $50 million in 2018 to nearly $200 million in 2019 before the 2020 growth by acquisition,” Rivet observes.

Competing More Than Ever With Large Canadian Firms

The goal for Nymbus is to surpass $1 billion in AUM as soon as possible. “This year, we’re accelerating our business by targeting both private and institutional clients and by leveraging our new assets and a strong, expanded team,” Mr. Cefaloni says.

“One of Nymbus’ major strengths is the combination of experience and modernity in its approach to investment and analysis,” Mr. Rivet notes. The firm prioritizes forward-looking methods and young managers as much as it does the experience and involvement of the industry’s seasoned and influential mentors.

Nymbus wants to develop its technology models to deepen its range of solutions and centralize its expertise in the different asset classes into a “quantitative multi-strategy” product, in order to compete even more effectively with the large investment firms.

“When your purpose is focused on technology advancement, it’s a journey that never ends!,” Mr. Cefaloni remarks, indicating that the next few years will be very busy for Nymbus.

To know more about the firm. 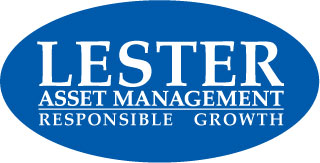